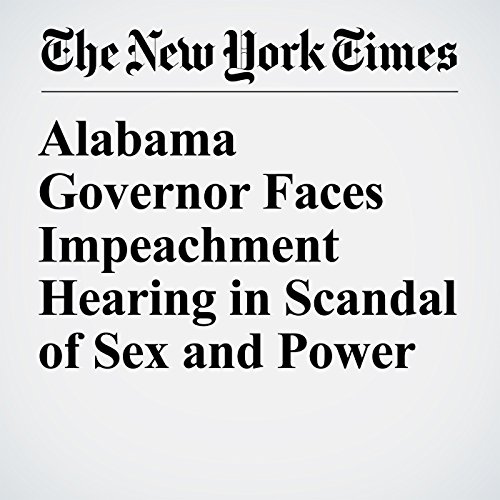 Three days after a plea for forgiveness, the release of a damning investigative report and a swirl of legal drama, the political future of Gov. Robert Bentley of Alabama faces a new test on Monday as state lawmakers begin to hear evidence that could lead to his impeachment.

"Alabama Governor Faces Impeachment Hearing in Scandal of Sex and Power" is from the April 10, 2017 U.S. section of The New York Times. It was written by Alan Blinder and narrated by Fleet Cooper.