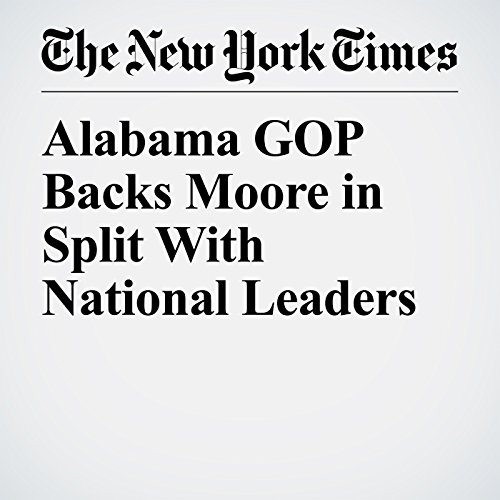 The Alabama Republican Party on Thursday offered unqualified support to the embattled candidacy of Roy S. Moore, ignoring the condemnation of national Republican leaders and brushing aside worries that he could lose a Senate race in a solidly conservative state — or be expelled from Congress if he wins.

"Alabama GOP Backs Moore in Split With National Leaders" is from the November 16, 2017 U.S. section of The New York Times. It was written by Alan Blinder and narrated by Archie Montgomery.