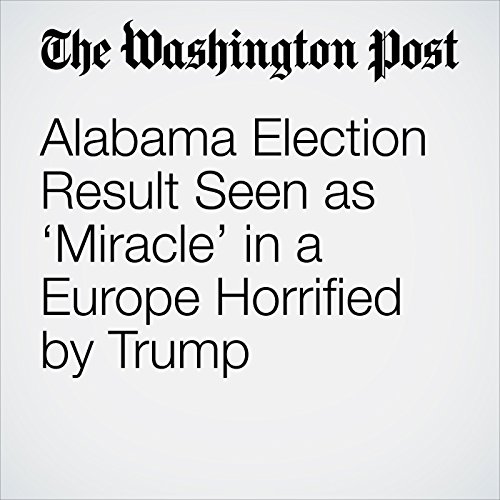 Roy Moore’s defeat in the Tuesday special election may have come as a relief to liberal Americans, but in Europe it was taken as a sign that the United States has not totally lost its moral compass.

"Alabama Election Result Seen as ‘Miracle’ in a Europe Horrified by Trump" is from the December 13, 2017 World section of The Washington Post. It was written by Rick Noack and narrated by Sam Scholl.