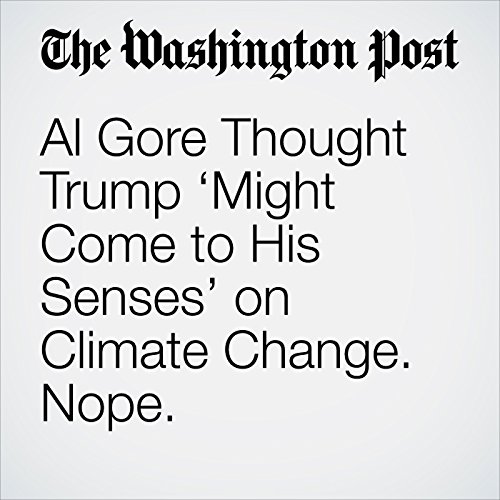 Al Gore Thought Trump ‘Might Come to His Senses’ on Climate Change. Nope.

Former vice president Al Gore said he tried for months to persuade President Trump to take climate change seriously — and thought there was a possibility he could come around, until Trump announced he would pull the United States out of the Paris agreement in June.

"Al Gore Thought Trump ‘Might Come to His Senses’ on Climate Change. Nope." is from the August 05, 2017 Arts and Entertainment section of The Washington Post. It was written by Amy B Wang and narrated by Sam Scholl.