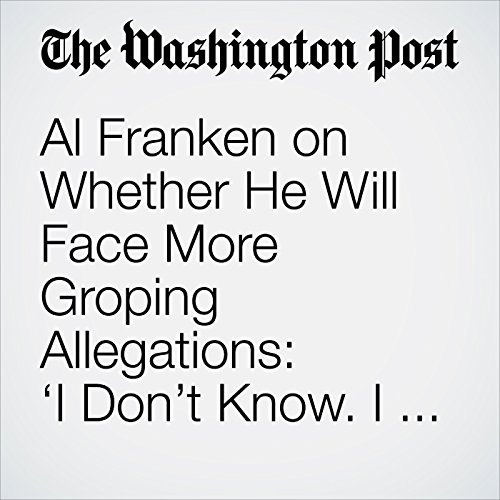 Sen. Al Franken (D-Minn.) spoke to a handful of Minnesota media outlets on Sunday in response to the four allegations of sexual misconduct against him, saying he is “embarrassed and ashamed” and that he doesn’t know if more accusations are forthcoming.

"Al Franken on Whether He Will Face More Groping Allegations: ‘I Don’t Know. I Can’t Say.’" is from the November 27, 2017 National section of The Washington Post. It was written by Travis M. Andrews and narrated by Sam Scholl.