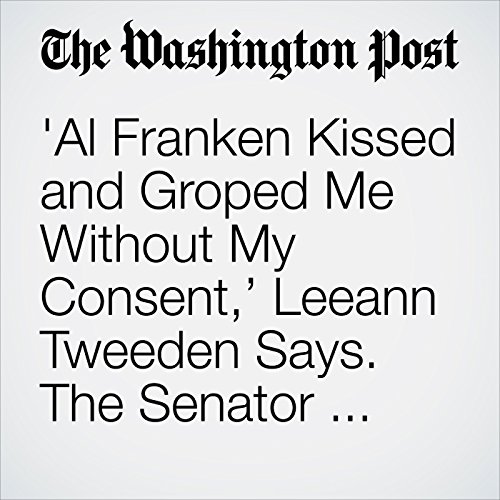 Broadcaster and model Leeann Tweeden said Thursday that Al Franken “forcibly kissed” and groped her during a USO tour in 2006, two years before the Minnesota Democrat’s election to the U.S. Senate — prompting Franken to apologize and call for a Senate ethics investigation into his actions.

"'Al Franken Kissed and Groped Me Without My Consent,’ Leeann Tweeden Says. The Senator Apologized." is from the November 16, 2017 U.S. section of The Washington Post. It was written by Amy B. Wang, Michelle Ye Hee Lee and Lindsey Bever and narrated by Sam Scholl.