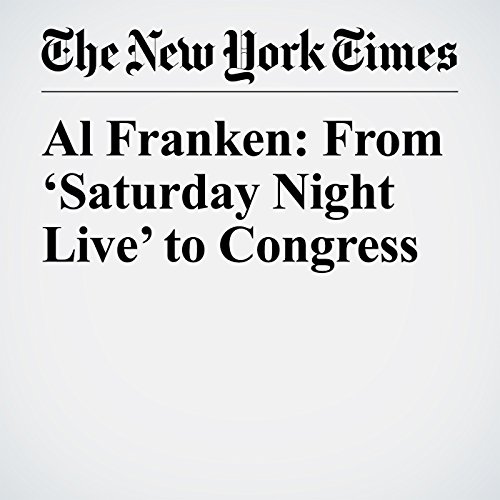 Al Franken’s support among his colleagues in the Senate crumbled this week. By Wednesday night, dozens of senators, including nearly all of the Democratic women in the Senate, were calling on him to resign. On Thursday morning, he spoke on the Senate floor, saying he would resign in the coming weeks, though he continued to dispute allegations against him.

"Al Franken: From ‘Saturday Night Live’ to Congress" is from the December 07, 2017 U.S. section of The New York Times. It was written by Matthew Haag and narrated by Kristi Burns.