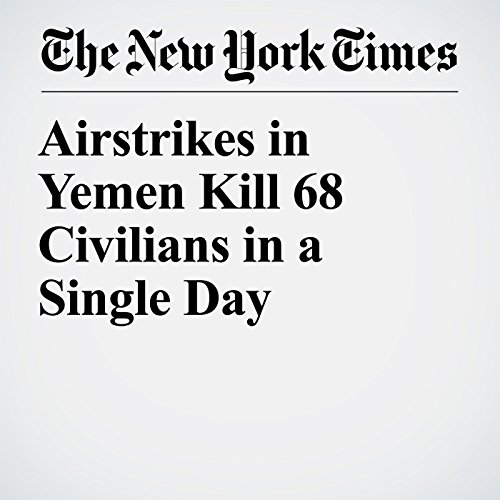 Airstrikes on a market and a farm in Yemen killed at least 68 civilians in a single day, including eight children, the U.N. said Thursday. The two attacks occurred Tuesday, making it one of the bloodiest days for civilians so far in Yemen’s civil war.

"Airstrikes in Yemen Kill 68 Civilians in a Single Day" is from the December 28, 2017 World section of The New York Times. It was written by Nour Youssef and narrated by Kristi Burns.