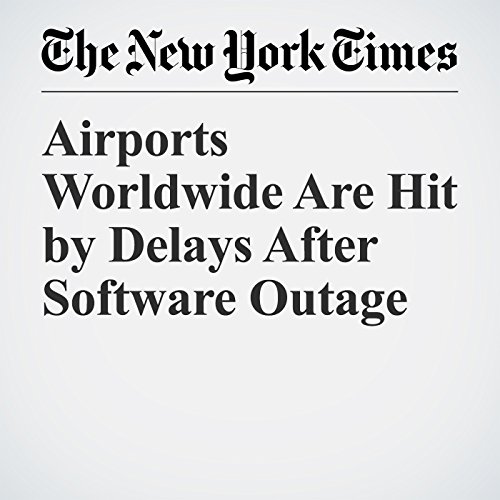 Flights were delayed and travelers struggled to check in at airports around the world on Thursday after a software program used by several major airlines went down.

"Airports Worldwide Are Hit by Delays After Software Outage" is from the September 28, 2017 Business section of The New York Times. It was written by Amie Tsang and Prashant S. Rao and narrated by Kristi Burns.