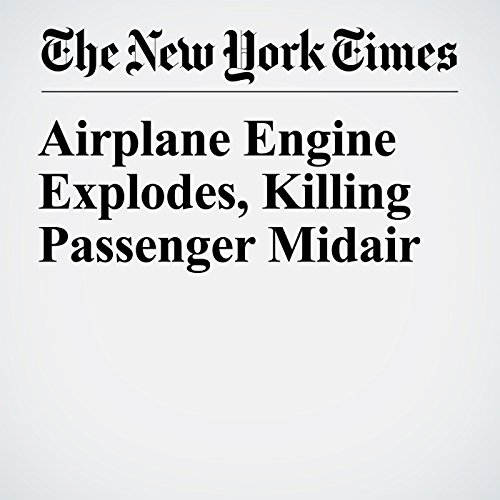 One person was killed and seven others suffered minor injuries on a Southwest Airlines flight from New York to Dallas when an engine exploded in midair Tuesday, shattering a window that passengers said partially sucked a woman out of the aircraft.

"Airplane Engine Explodes, Killing Passenger Midair" is from the April 18, 2018 U.S. section of The New York Times. It was written by Liam Stack and Matt Stevens and narrated by Keith Sellon-Wright.