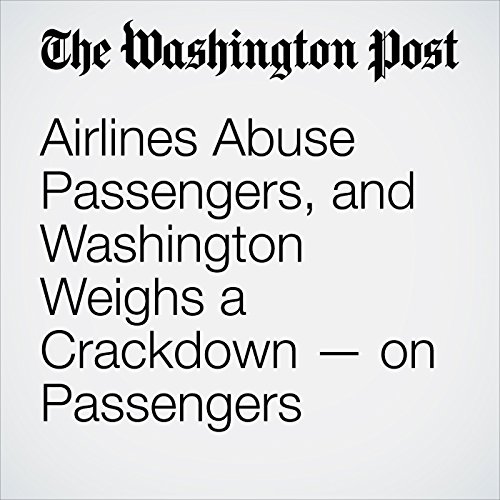 Washington, in its wisdom, deregulated the airline industry and later looked the other way as it underwent a series of mega-mergers leaving a four-carrier oligopoly controlling 85 percent of the market. And what do we have to show for it? Reduced competition; packed cabins; tiny seats; proliferating fees for food, bags and flight changes; outsourcing of maintenance; boarding delays; higher fares in many cases; labyrinthine contracts that protect airlines rather than consumers; and routine overbooking.

"Airlines Abuse Passengers, and Washington Weighs a Crackdown — on Passengers" is from the May 02, 2017 Opinions section of The Washington Post. It was written by Dana Milbank  and narrated by Sam Scholl.