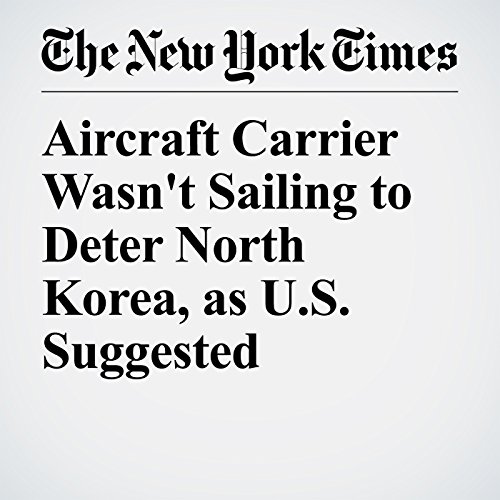 As worries deepened last week about whether North Korea would conduct a missile test, the White House declared that ordering a U.S. aircraft carrier into the Sea of Japan would send a powerful deterrent signal and give President Donald Trump more options in responding to the North’s provocative behavior.The problem was, the carrier, the Carl Vinson, and the four other warships in its strike force were at that very moment sailing in the opposite direction, to take part in joint exercises with the Australian navy in the Indian Ocean, 3,500 miles southwest of the Korean Peninsula.

"Aircraft Carrier Wasn't Sailing to Deter North Korea, as U.S. Suggested" is from the April 18, 2017 World section of The New York Times. It was written by Mark Landler and Eric Schmitt and narrated by Kristi Burns.