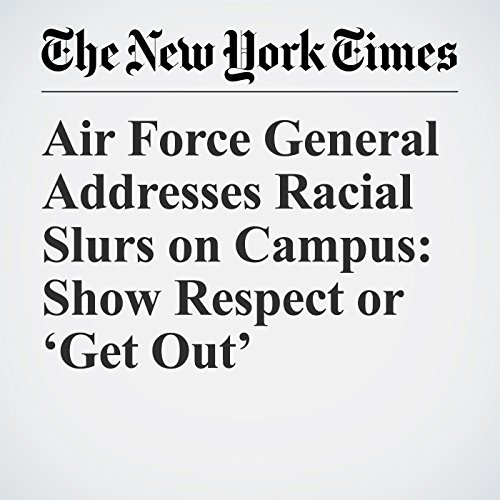 The head of the Air Force Academy delivered a resounding message Thursday in response to racial slurs that were found on the academy’s campus, saying that if students could not treat their peers of different races with respect, “then you need to get out.”

"Air Force General Addresses Racial Slurs on Campus: Show Respect or ‘Get Out’" is from the September 29, 2017 U.S. section of The New York Times. It was written by Jonah Engel Bromwich and narrated by Mike DelGaudio.