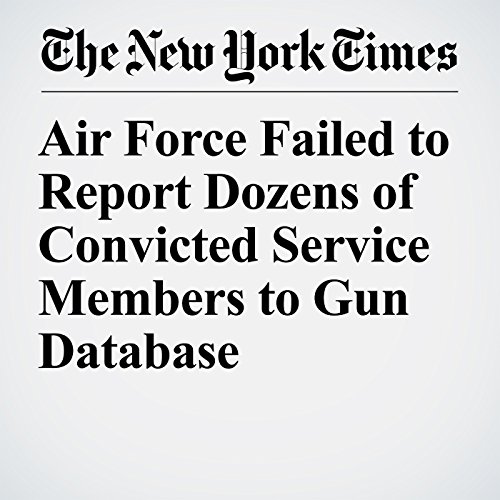 A review by the U.S. Air Force has found several dozen cases in which the military failed to report service members charged with or convicted of serious crimes to the federal gun background-check database, Air Force officials said Tuesday.

"Air Force Failed to Report Dozens of Convicted Service Members to Gun Database" is from the November 28, 2017 U.S. section of The New York Times. It was written by Richard A. Oppel Jr. and narrated by Keith Sellon-Wright.