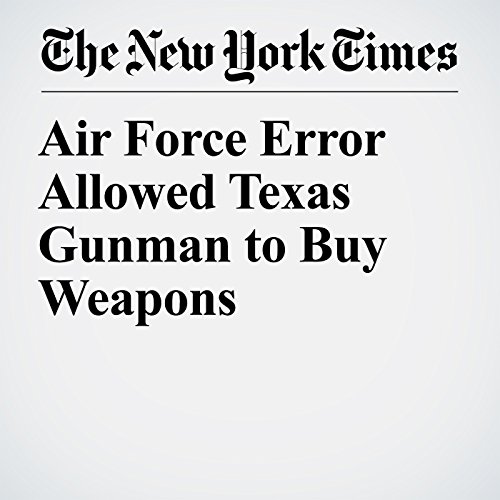 A day after a gunman massacred parishioners in a small Texas church, the Air Force admitted Monday that it had failed to enter the man’s domestic violence court-martial into a federal database that could have blocked him from buying the rifle he used to kill 26 people.

"Air Force Error Allowed Texas Gunman to Buy Weapons" is from the November 06, 2017 U.S. section of The New York Times. It was written by David Montgomery, Richard A. Oppel Jr. and Jose A. Delreal and narrated by Keith Sellon-Wright.