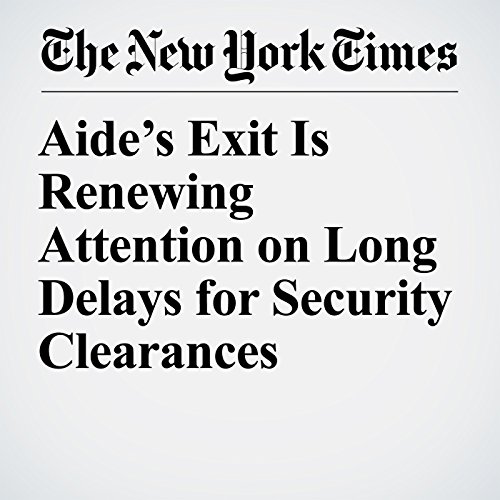 One week after the 2016 election, President-elect Donald Trump tweeted that he was “not trying to get ‘top level security clearance’ for my children,” calling such claims “a typically false news story.” But he said nothing at the time about his son-in-law, Jared Kushner.

"Aide’s Exit Is Renewing Attention on Long Delays for Security Clearances" is from the February 12, 2018 U.S. section of The New York Times. It was written by Michael D. Shear and Matthew Rosenberg and narrated by Keith Sellon-Wright.