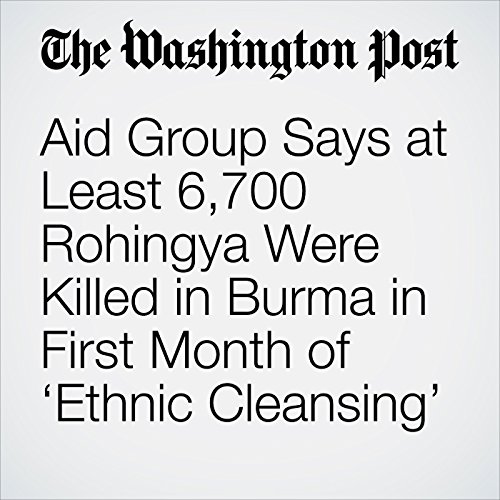 The international aid group Doctors Without Borders has released the first survey-based estimate of how many Rohingya were killed during the first and bloodiest month of a military crackdown that began Aug. 25 in Burma's Rakhine state. The organization said that by its “most conservative estimates,” 6,700 Rohingya were killed between Aug. 25 and Sept. 24, including 730 children under 5.

"Aid Group Says at Least 6,700 Rohingya Were Killed in Burma in First Month of ‘Ethnic Cleansing’" is from the December 14, 2017 World section of The Washington Post. It was written by Max Bearak and narrated by Sam Scholl.