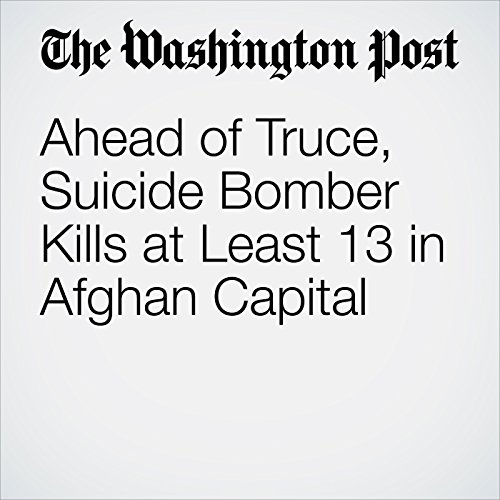 KABUL — A suicide bomber killed at least 13 people at the entrance of an Afghan government building Monday, the day before a truce with Taliban insurgents is supposed to take hold.

"Ahead of Truce, Suicide Bomber Kills at Least 13 in Afghan Capital" is from the June 11, 2018 World section of The Washington Post. It was written by Sayed Salahuddin and narrated by Sam Scholl.