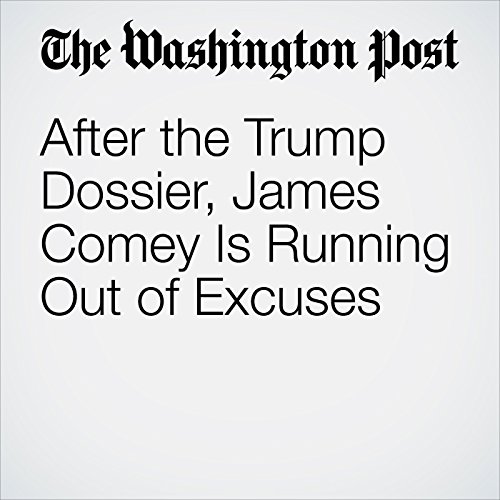 The rash of stories on Donald Trump and Russia published Tuesday leave many questions unanswered. The allegations, as sensational as some are and as damning as others are, are just that: allegations. Intelligence agencies (not to mention countless news outlets) have sought to verify them for months now, with little or no success. Though it might be nice to imagine Trump’s presidency collapsing before it’s even begun, the fact remains that we know little more now than we did last week about Trump’s ties to Russia and whether Vladimir Putin’s government has compromising information on the president-elect. There is one thing we do know, though: FBI Director James Comey’s intervention in the election last October — controversial at the time — looks completely indefensible now.

"After the Trump Dossier, James Comey Is Running Out of Excuses" is from the January 11, 2017 Opinion section of The Washington Post. It was written by James Downie and narrated by Sam Scholl.

Cosa pensano gli ascoltatori di After the Trump Dossier, James Comey Is Running Out of Excuses