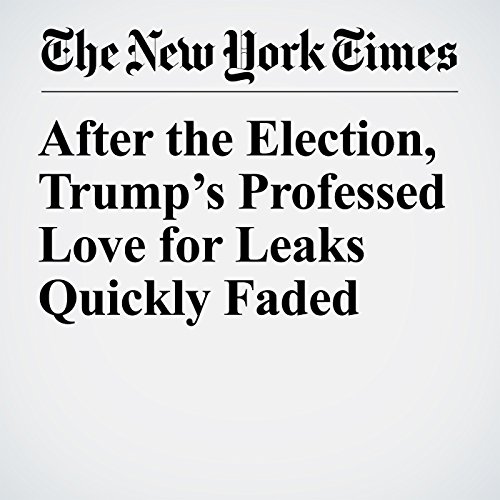 As a candidate for president, Donald Trump embraced the hackers who had leaked Hillary Clinton’s emails to the press, declaring at a rally in Pennsylvania, “I love WikiLeaks!”

"After the Election, Trump’s Professed Love for Leaks Quickly Faded" is from the February 16, 2017 U.S. section of The New York Times. It was written by Michael D. Shear and narrated by Caroline Miller.