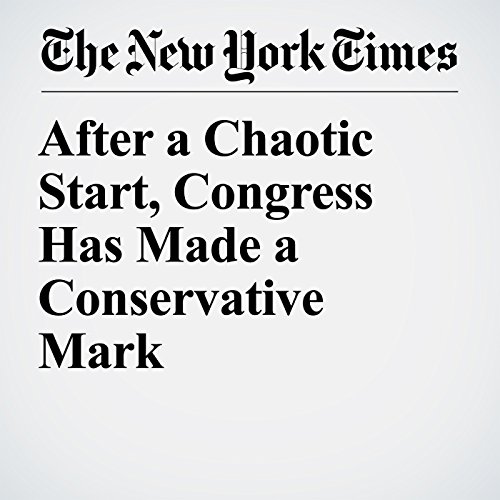 After a halting start, the Republican-controlled 115th Congress — sometimes in collaboration with President Donald Trump, often despite him — has enacted surprisingly far-reaching conservative achievements in its first year, among them a long-promised rewrite of the tax code, oil drilling in the Arctic and a series of lifetime appointments to the judiciary.

"After a Chaotic Start, Congress Has Made a Conservative Mark" is from the December 24, 2017 Politics section of The New York Times. It was written by Sheryl Gay Stolberg and narrated by Keith Sellon-Wright.

Cosa pensano gli ascoltatori di After a Chaotic Start, Congress Has Made a Conservative Mark