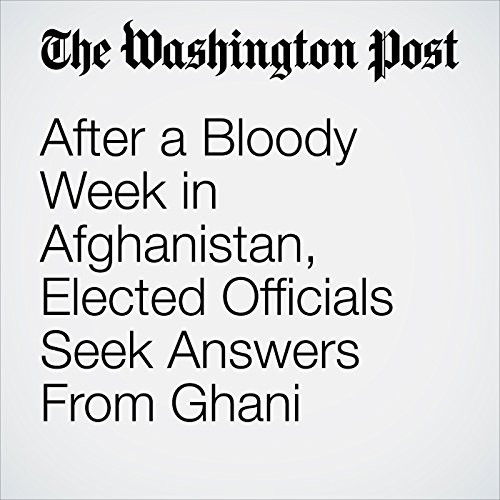 Worried about eroding security, elected officials in Afghanistan sought answers this weekend from President Ashraf Ghani’s administration, asking why more was not done to prevent suicide attacks that have killed nearly 200 people in one of the bloodiest weeks of the year.

"After a Bloody Week in Afghanistan, Elected Officials Seek Answers From Ghani" is from the October 22, 2017 World section of The Washington Post. It was written by Antonio Olivo and Sayed Salahuddin and narrated by Sam Scholl.