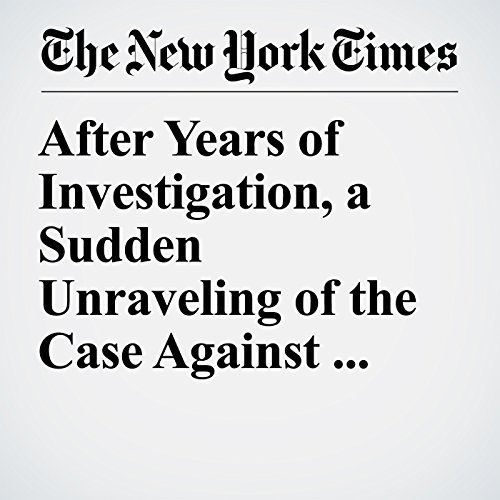 Five days after the Department of Justice announced that it would retry Sen. Robert Menendez, D.-N.J., the judge in the case all but ripped out its core. Prosecutors, he said in an 53-page opinion, had failed to prove that the senator had accepted hundreds of thousands of dollars in campaign contributions in exchange for lobbying on behalf of his co-defendant.

"After Years of Investigation, a Sudden Unraveling of the Case Against Menendez" is from the February 04, 2018 U.S. section of The New York Times. It was written by Nick Corasaniti, Kate Zernike and narrated by Keith Sellon-Wright.

Cosa pensano gli ascoltatori di After Years of Investigation, a Sudden Unraveling of the Case Against Menendez