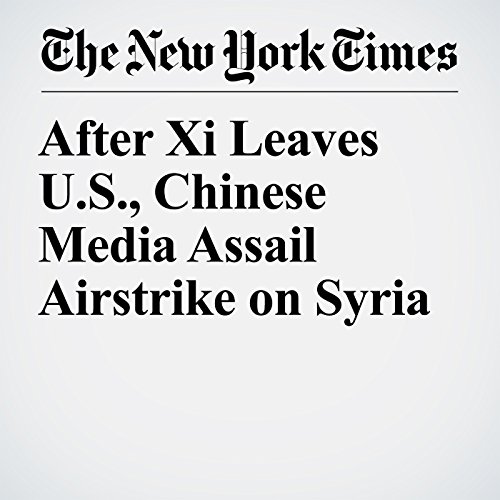 Xinhua, the state news agency, on Saturday called the strike the act of a weakened politician who needed to flex his muscles. In an analysis, Xinhua also said Trump had ordered the strike to distance himself from Syria’s backers in Moscow, to overcome accusations that he was “pro-Russia.”

"After Xi Leaves U.S., Chinese Media Assail Airstrike on Syria" is from the April 08, 2017 World section of The New York Times. It was written by Jane Perlez and narrated by Caroline Miller.