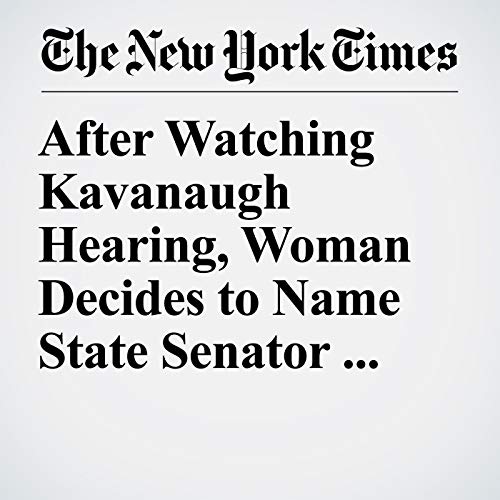 As Christine Blasey Ford testified in Washington last week about the sexual assault that she said happened years ago but remained seared in her memory, a woman on the other side of the country watched and felt inspired.

"After Watching Kavanaugh Hearing, Woman Decides to Name State Senator She Says Raped Her" is from the October 01, 2018 U.S. section of The New York Times. It was written by Sarah Mervosh and narrated by Keith Sellon-Wright.