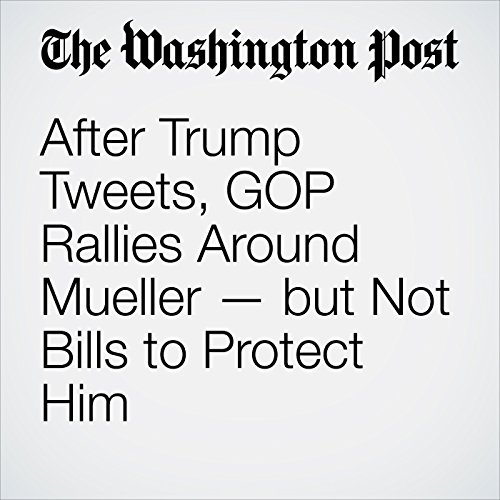 The congressional Republican rebukes of President Trump for attacking special counsel Robert S. Mueller III were sharp, but selective: GOP lawmakers defended Mueller against the president’s tweets, although there were no indications they plan to take legislative steps to protect his probe.

"After Trump Tweets, GOP Rallies Around Mueller — but Not Bills to Protect Him" is from the March 19, 2018 Politics section of The Washington Post. It was written by Karoun Demirjian and narrated by Sam Scholl.

Cosa pensano gli ascoltatori di After Trump Tweets, GOP Rallies Around Mueller — but Not Bills to Protect Him