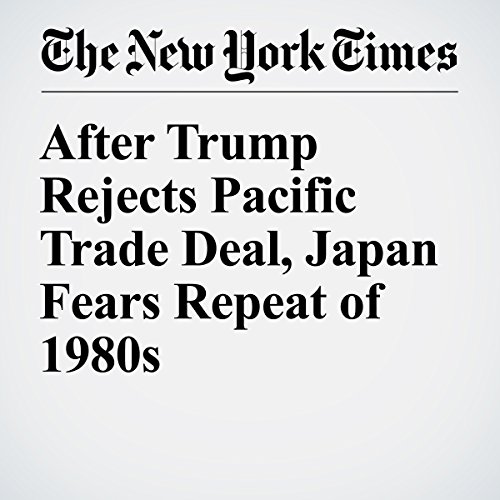 The sweeping 12-nation agreement, negotiated by the Obama administration and formally rejected by Trump on Monday, would have opened swaths of Japan’s highly protected agricultural sector, and was bitterly opposed by farmers. Now, without U.S. involvement, the deal looks as good as dead.

"After Trump Rejects Pacific Trade Deal, Japan Fears Repeat of 1980s" is from the January 25, 2017 Business section of The New York Times. It was written by Jonathan Soble and narrated by Fleet Cooper.