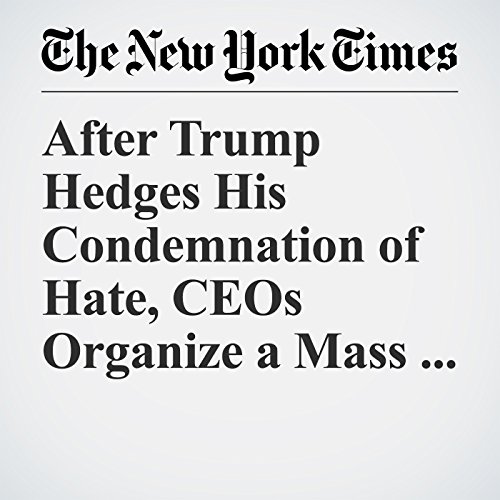 On Monday, Indra Nooyi, the chief executive of Pepsi, picked up the phone and began calling other prominent corporate chieftains who — like her — had agreed to advise President Donald Trump.

"After Trump Hedges His Condemnation of Hate, CEOs Organize a Mass Defection" is from the August 16, 2017 Business section of The New York Times. It was written by David Gelles, Landon Thomas Jr., Andrew Ross Sorkin and Kate Kelly and narrated by Kristi Burns.