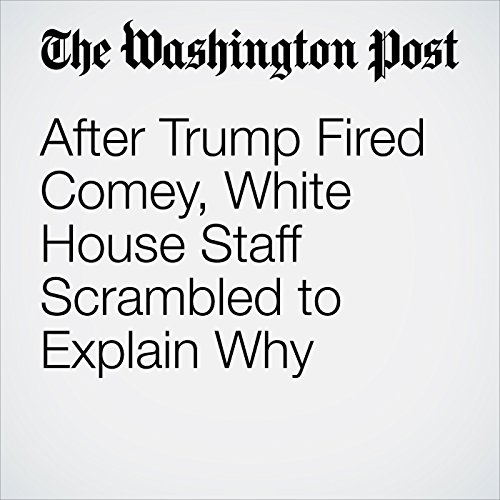 White House press secretary Sean Spicer wrapped up his brief interview with Fox Business from the White House grounds late Tuesday night and then disappeared into the shadows, huddling with his staff behind a tall hedge. To get back to his office, Spicer would have to pass a swarm of reporters wanting to know why President Trump suddenly decided to fire the FBI director.

"After Trump Fired Comey, White House Staff Scrambled to Explain Why" is from the May 10, 2017 Politics section of The Washington Post. It was written by Jenna Johnson and narrated by Sam Scholl.