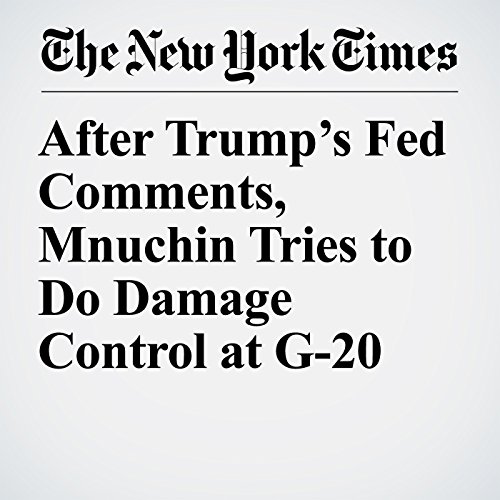 After Trump’s Fed Comments, Mnuchin Tries to Do Damage Control at G-20

At a gathering of finance ministers from the world’s largest economies Saturday, Steven Mnuchin, the Treasury secretary, sought to clarify remarks by President Donald Trump this week, insisting that the administration would not interfere with the decisions of the Federal Reserve or move to manipulate the value of the dollar.

"After Trump’s Fed Comments, Mnuchin Tries to Do Damage Control at G-20" is from the July 21, 2018 World section of The New York Times. It was written by Alan Rappeport and narrated by Keith Sellon-Wright.