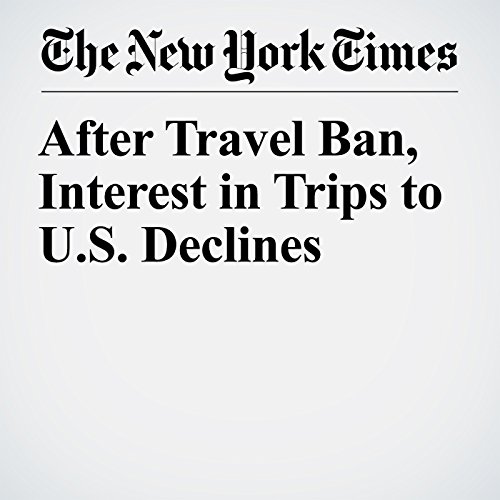 The impact was immediate: Following President Donald Trump’s Jan. 27 executive order banning people from seven predominantly Muslim countries from entering the United States, the demand for travel to the United States took a nose-dive, according to data from several travel companies and research firms.

"After Travel Ban, Interest in Trips to U.S. Declines" is from the February 20, 2017 World section of The New York Times. It was written by Shivani Vora and narrated by Fleet Cooper.