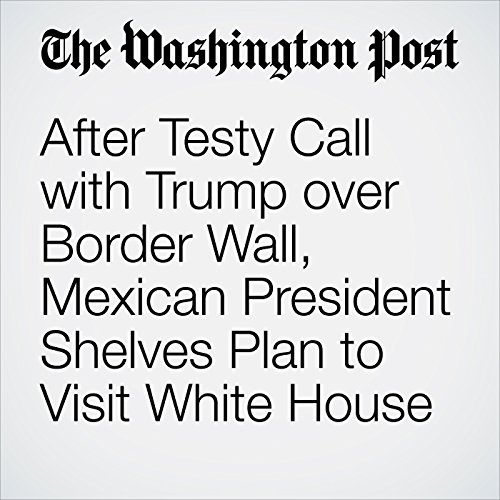 Tentative plans for Mexican President Enrique Peña Nieto to make his first visit to the White House to meet with President Trump were scuttled this week after a testy call between the two leaders ended in an impasse over Trump’s promised border wall, according to U.S. and Mexican officials.

"After Testy Call with Trump over Border Wall, Mexican President Shelves Plan to Visit White House" is from the February 24, 2018 Politics section of The Washington Post. It was written by Philip Rucker, Joshua Partlow and Nick Miroff and narrated by Sam Scholl.