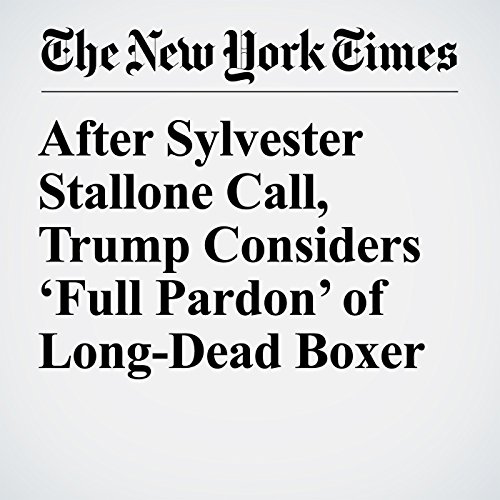 WEST PALM BEACH, Fla. — As four former presidents and the current first lady traveled to the funeral of Barbara Bush in Texas, President Donald Trump took in his usual Saturday round of golf and issued a morning barrage of disparaging (and misspelled) tweets.

"After Sylvester Stallone Call, Trump Considers ‘Full Pardon’ of Long-Dead Boxer" is from the April 21, 2018 U.S. section of The New York Times. It was written by Katie Rogers and narrated by Kristi Burns.