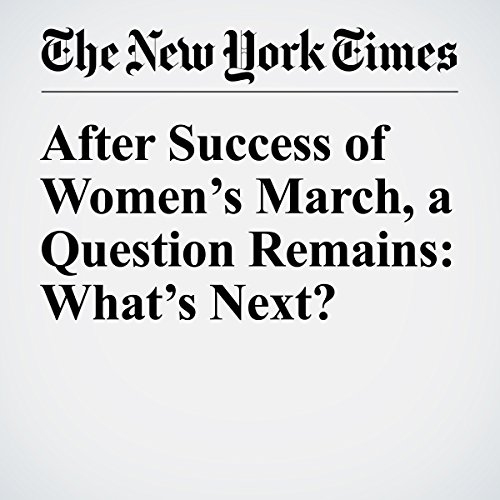 The challenge facing the organizers is how to channel the resolve and outrage of an organic protest into action that produces political change. That goal has eluded other popular movements, from Occupy Wall Street to Black Lives Matter. It is no less daunting now, given that Democrats were unable to defeat President Donald Trump in 2016 despite an emerging demographic majority.

"After Success of Women’s March, a Question Remains: What’s Next?" is from the January 22, 2017 U.S. section of The New York Times. It was written by Susan Chira and Jonathan Martin and narrated by Caroline Miller.