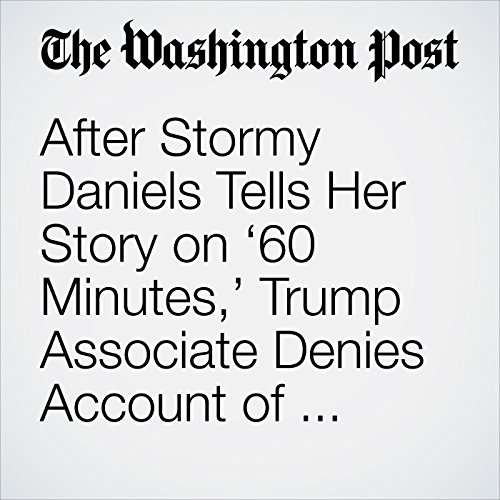 Stormy Daniels, the adult-film star who alleges she had an affair with Donald Trump a decade before he was elected president, has told her story. Now an attorney for Trump is accusing her of making up a key detail.

"After Stormy Daniels Tells Her Story on ‘60 Minutes,’ Trump Associate Denies Account of Threats" is from the March 26, 2018 Politics section of The Washington Post. It was written by Mark Berman and Frances Stead Sellers and narrated by Sam Scholl.