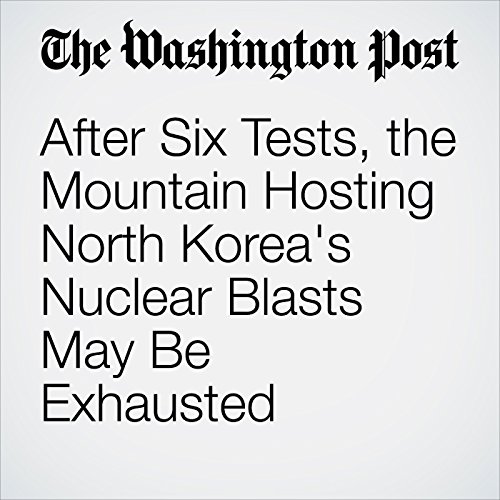 Have North Korea’s nuclear tests become so big that they’ve altered the geological structure of the land? Some analysts now see signs that Mount Mantap, the 7,200-foot-high peak under which North Korea detonates its nuclear bombs, is suffering from “tired mountain syndrome.”

"After Six Tests, the Mountain Hosting North Korea's Nuclear Blasts May Be Exhausted" is from the October 20, 2017 World section of The Washington Post. It was written by Anna Fifield and narrated by Jenny Hoops.