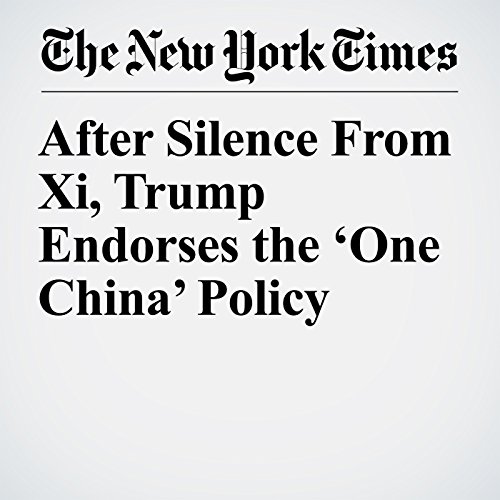 President Donald Trump told President Xi Jinping of China on Thursday evening that the United States would honor the One China policy, reversing his earlier expressions of doubt about the longtime diplomatic understanding and removing a major source of tension between the United States and China since shortly after he was elected.

"After Silence From Xi, Trump Endorses the ‘One China’ Policy" is from the February 10, 2017 World section of The New York Times. It was written by Mark Landler and Michael Forsythe and narrated by Caroline Miller.