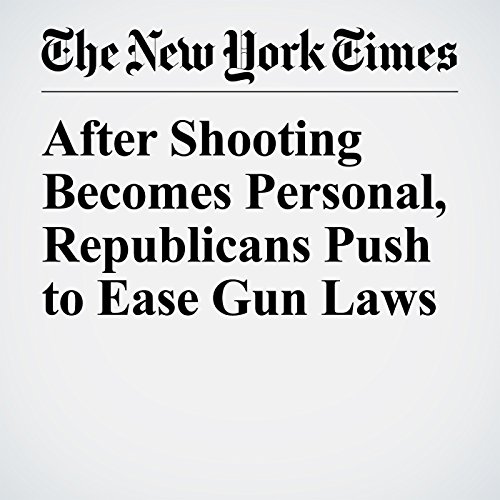 "After Shooting Becomes Personal, Republicans Push to Ease Gun Laws" is from the July 09, 2017 U.S. section of The New York Times. It was written by Emily Cochrane and narrated by Kristi Burns.