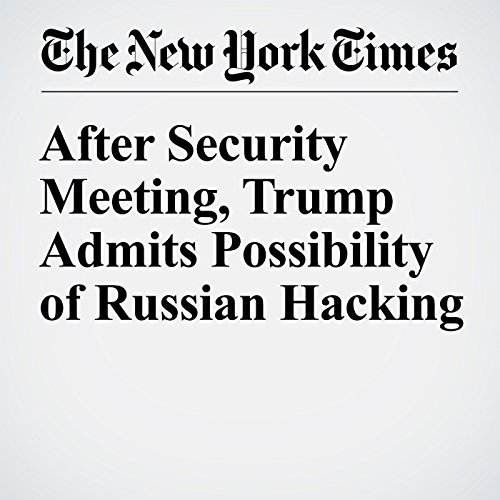 The officials presented their unanimous conclusions to Trump in a two-hour briefing at Trump Tower in New York that brought the leaders of the U.S. intelligence agencies face to face with their most vocal skeptic, the president-elect, who has repeatedly cast doubt on Russia’s role.

"After Security Meeting, Trump Admits Possibility of Russian Hacking" is from the January 06, 2017 U.S. section of The New York Times. It was written by Michael D. Shear and narrated by Barbara Benjamin-Creel.