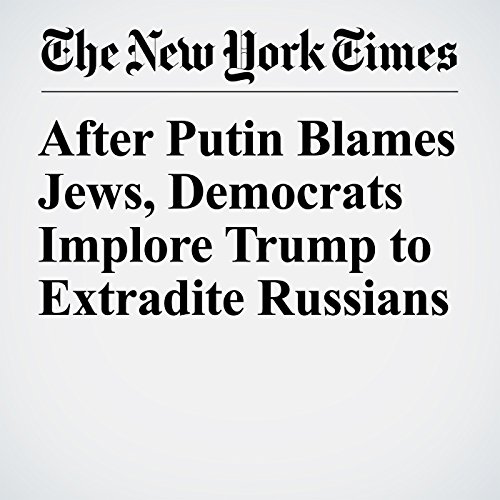 Top Democratic leaders in the House and Senate implored President Donald Trump on Monday to employ “all resources available” to extradite 13 Russians charged last month with subverting the 2016 presidential election after Russia’s president blamed Jews and other minorities for the attack.

"After Putin Blames Jews, Democrats Implore Trump to Extradite Russians" is from the March 12, 2018 U.S. section of The New York Times. It was written by Nicholas Fandos and narrated by Keith Sellon-Wright.