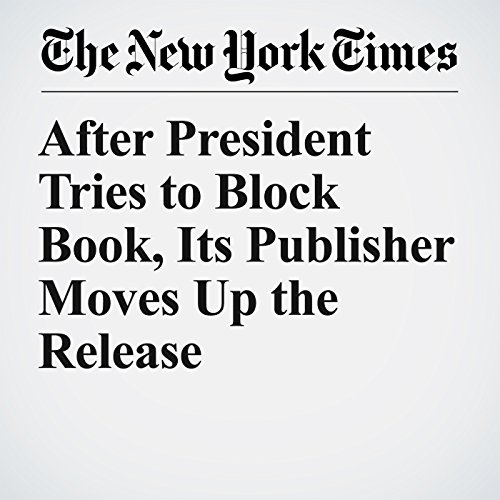 President Donald Trump threatened legal fire and fury Thursday in an effort to block a new book portraying him as a volatile and ill-equipped chief executive, but the publisher defied his demand to halt its release and instead moved up its publication to Friday because of soaring interest.

"After President Tries to Block Book, Its Publisher Moves Up the Release" is from the January 05, 2018 U.S. section of The New York Times. It was written by Peter Baker and narrated by Mike DelGaudio.