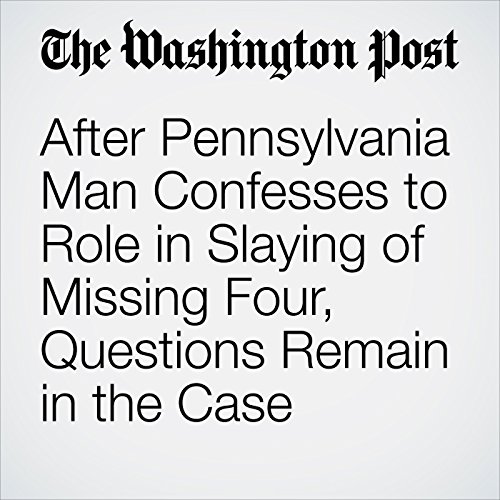 The mysterious case of the missing men — all between the ages of 19 and 22 — has transfixed this region since all four vanished last week. Even as the investigation stretched on for days, centering on a farm not far from the Delaware River, the Bucks County district attorney said he clung to hope that the men would be found alive.

"After Pennsylvania Man Confesses to Role in Slaying of Missing Four, Questions Remain in the Case" is from the July 14, 2017 Post Nation section of The Washington Post. It was written by Joel Achenbach and Mark Berman and narrated by Jenny Hoops.