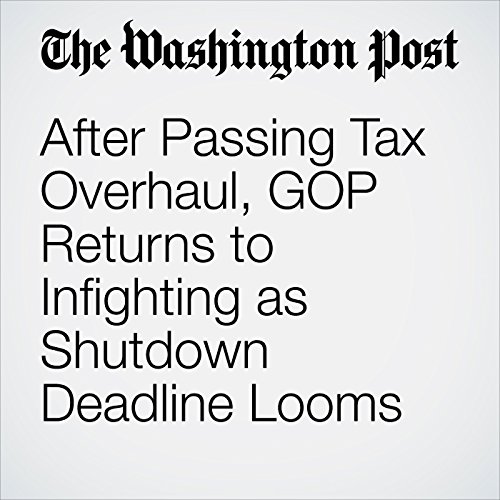 House Republican leaders scrambled Thursday to gather GOP votes for a short-term spending measure that would avert a partial government shutdown at midnight Friday, as well as an $81 billion disaster relief bill to aid victims of recent hurricanes and wildfires.

"After Passing Tax Overhaul, GOP Returns to Infighting as Shutdown Deadline Looms" is from the December 21, 2017 Politics section of The Washington Post. It was written by Mike DeBonis and Erica Werner and narrated by Sam Scholl.