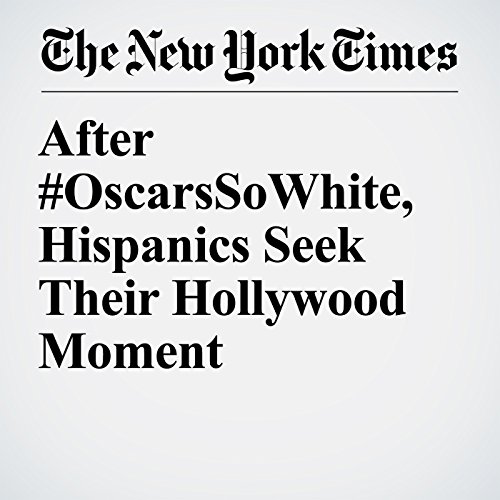 After black actors and films that focused on black characters were overlooked for Oscar nominations in 2015 and 2016, the #OscarsSoWhite social media outcry was so fierce that Hollywood was forced to listen. The Academy of Motion Picture Arts and Sciences began a determined diversification effort, and last year there were six black acting nominees, a record.

"After #OscarsSoWhite, Hispanics Seek Their Hollywood Moment" is from the January 21, 2018 Business section of The New York Times. It was written by Brooks Barnes and narrated by Keith Sellon-Wright.