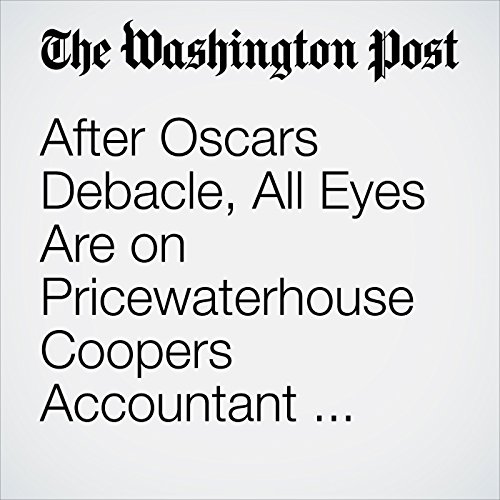 Instead, there was a historic, now-infamous error: The wrong envelope was handed to best picture presenters Faye Dunaway and Warren Beatty, and for nearly two excruciating minutes, “La La Land” was celebrated as the winner of cinema’s most coveted prize — which rightfully belonged to “Moonlight.” Now, in the aftermath of the spectacular Oscars debacle, all eyes have turned toward veteran Pricewaterhouse Coopers accountant Brian Cullinan, after the firm identified him as the man responsible for the mistake.

"After Oscars Debacle, All Eyes Are on Pricewaterhouse Coopers Accountant Brian Cullinan" is from the February 28, 2017 Arts & Enetertainment section of The Washington Post. It was written by  Caitlin Gibson  and narrated by Sam Scholl.