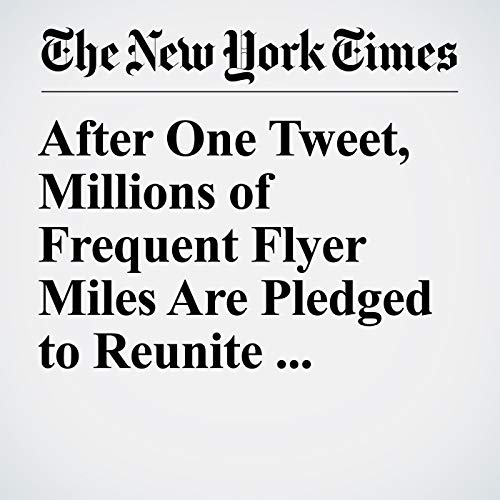 On the morning of Aug. 6, a law professor at the University of Michigan wrote a tweet about a family that had been separated by immigration authorities after crossing into the United States.

"After One Tweet, Millions of Frequent Flyer Miles Are Pledged to Reunite Families" is from the August 16, 2018 U.S. section of The New York Times. It was written by Jacey Fortin and narrated by Keith Sellon-Wright.