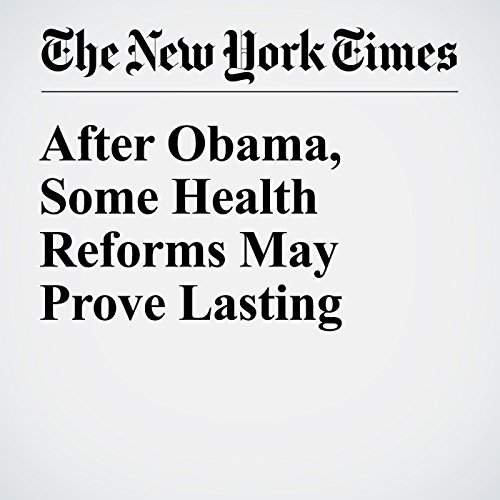 Such efforts to squeeze spending out of the nation’s health system may well remain as Obama exits the West Wing and Donald Trump takes his seat in the Oval Office. The Affordable Care Act is in peril, and Obama will meet with congressional Democrats at the Capitol Wednesday to try to devise a strategy that can stave off the repeal that Republicans are planning.

"After Obama, Some Health Reforms May Prove Lasting" is from the January 02, 2017 US section of The New York Times. It was written by Abby Goodnough and Robert Pear and narrated by Kristi Burns.