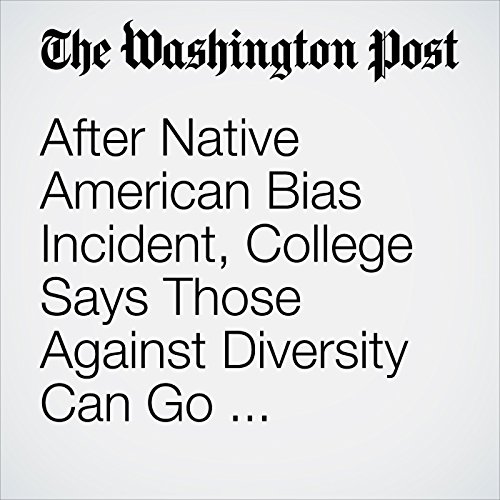 Two suspicious young men joined a Colorado university’s campus tour to which they did not belong, a woman told a 911 dispatcher. They refused to say their names, she said, and one of them started to laugh when she asked what they wanted to study.

"After Native American Bias Incident, College Says Those Against Diversity Can Go ‘Elsewhere’" is from the May 06, 2018 National section of The Washington Post. It was written by Kristine Phillips and narrated by Sam Scholl.