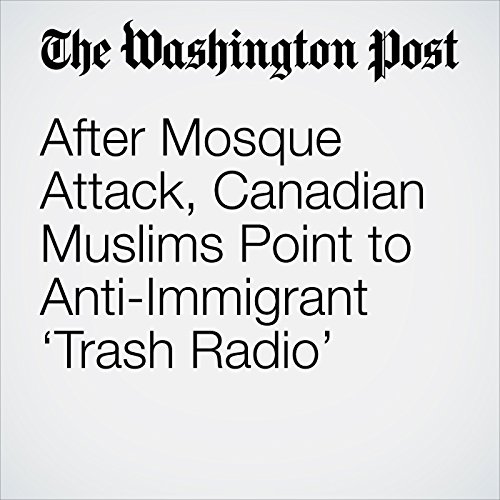 Quebec City has developed the dubious reputation as Canada’s capital of shock jocks, online radio hosts who love to provoke with their outrageous talk about women, homosexuals and Muslims.

"After Mosque Attack, Canadian Muslims Point to Anti-Immigrant ‘Trash Radio’" is from the January 31, 2017 World section of The Washington Post. It was written by Alan Freeman and narrated by Sam Scholl.