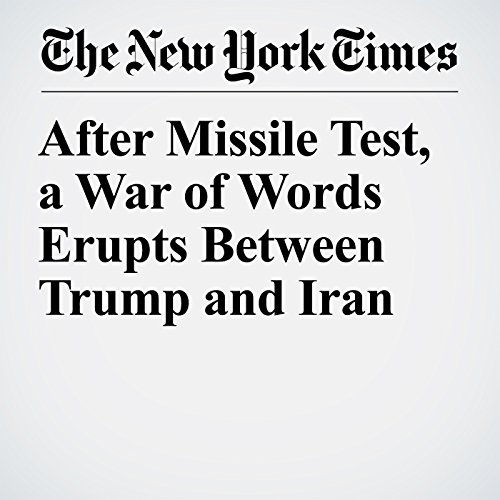 A day after the Trump administration put Iran on notice for its launch of a ballistic missile, a war of words erupted between the U.S. president and the Iranian government, with President Donald Trump insulting Tehran on Twitter and the Iranians responding in kind.

"After Missile Test, a War of Words Erupts Between Trump and Iran" is from the February 02, 2017 World section of The New York Times. It was written by Mark Landler and narrated by Fleet Cooper.